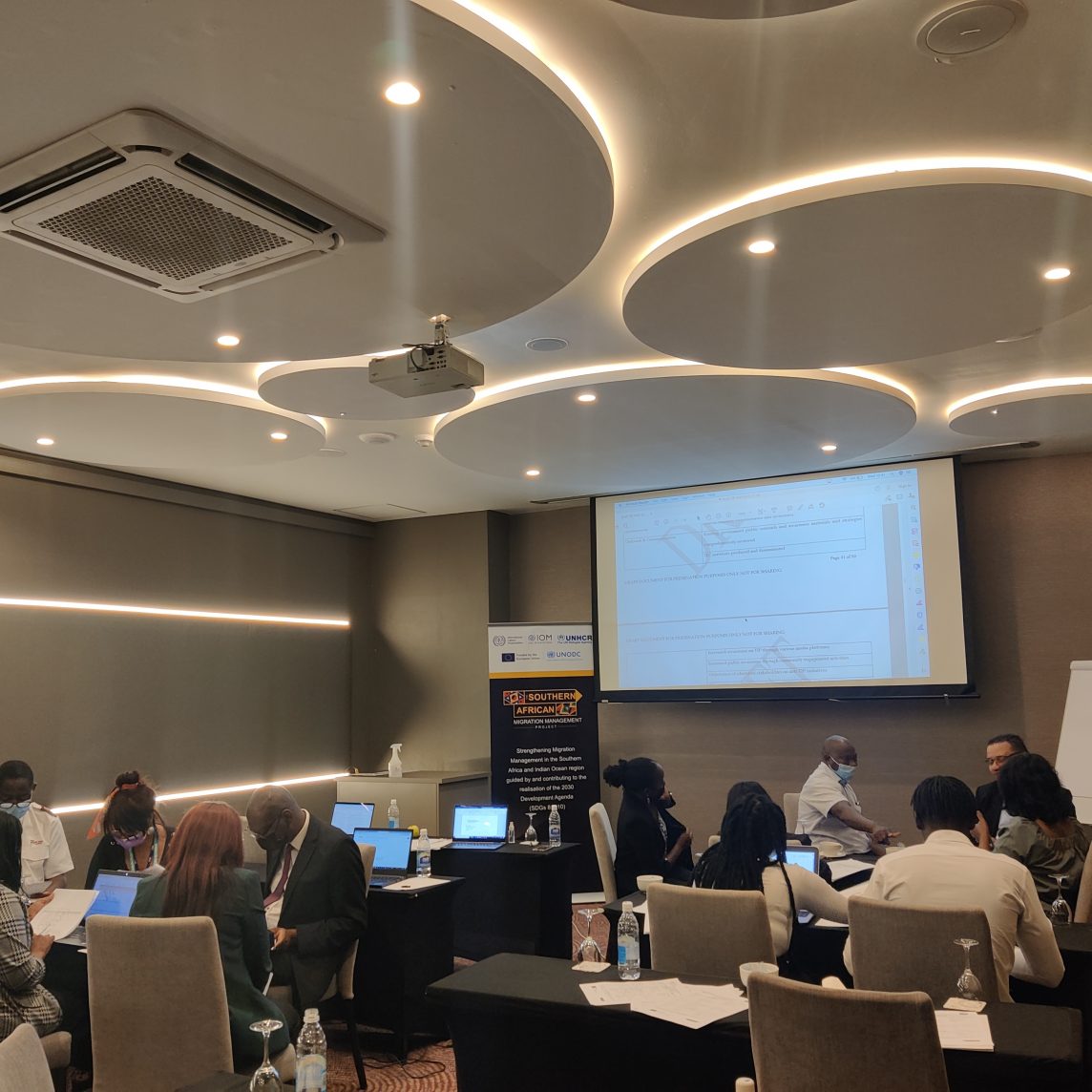 UNODC, under the Southern Africa Migration Management (SAMM) Project supported the validation of the Government of Namibia Trafficking in Persons National Action Plan (2022-2026). The Action Plan development was spearheaded by the Ministry of Gender Equality, Poverty Eradication and Social Welfare. It is however developed and implemented by a multisectoral team represented by the Ministry of Foreign Affairs, the  Ministry of Social Services, Prosecutors, Namibia Police (NAMPOL), Civil Society led by the Salvation Army.

The consultative and validation meeting was a 2 day event, on 3 and 4 November in Windhoek, Namibia and it brought together 30 key players from the above institutions as well as from the United Nation Agencies (IOM) and Development Community (US Embassy). This high turnout and very active engagement demonstrated the importance the Government accords issues of Trafficking in Persons.  The National Action Plan is a four year plan that is aimed at sustaining the government efforts implemented in the just concluded first NAP. It now moves from creation of laws to establishment of systems and operationalization of the various aspects in TIP including victim protection.

The first day was spent going through the document, chapter by chapter with the participants providing  significant input. At the end of the day, the Implementation Matrix was overhauled and a new one proposed for development, that was more focused and concise. The UNODC team worked on this in the evening/night and presented a new draft to a smaller committee that met on Wednesday 3 November 2021, which was approved with minimal comments. The Ministry of Gender and UNODC will now work towards finalizing the document, and digital commentary, before a final document is presented to the Minister, late December 2021.

Namibia is rated as a tier 1 country in terms of addressing and combating TIP, which is a laudable achievement and it is hoped that this National Action Plan will significantly contribute to sustaining this momentum and good achievements over the years.