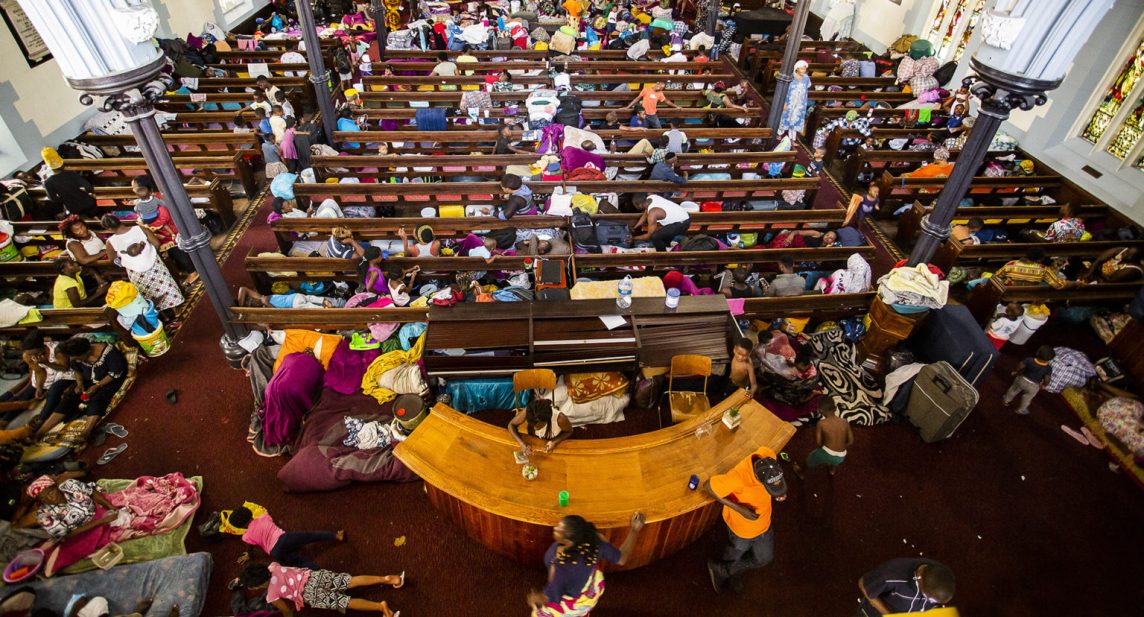 As the Refugee Convention turns 70, the plight of millions of Africans highlights the challenges ahead

Today, 85% of the world’s refugees live in developing or the least developed countries. Patterns of displacement continue to evolve, driven by the interrelation of extreme poverty, the climate crisis and conflict. Lasting solutions are hard to find, making the work of the UN Refugee Agency even more pressing and complex.

Valentin Tapsoba is the UNHCR’s regional director for southern Africa.

Today, 28 July 2021, the United Nations High Commissioner for Refugees (UNHCR), the UN Refugee Agency, marks the 70th anniversary of the 1951 Refugee Convention, the international legislation that is the cornerstone of our mandate.

Seventy years ago, the agency began the work it continues today, to protect the lives and rights of refugees.

Asylum is a fundamental human right. The 1951 convention came into being in order to safeguard that right, for everyone, everywhere. In the context of continuing wars, conflict and persecution, and record levels of displacement, the convention and everything it stands for remain as relevant today as 70 years ago. Perhaps even more so, as the number of people forced to flee worldwide continues to grow year on year.

Almost since the ink dried, the 1951 convention has protected people forced to flee on almost every continent. In Africa, decolonisation in the 1960s produced the first of the continent’s numerous refugee crises.

Political domination and upheavals that followed coups and attempted coups in some of the newly independent African states also caused flight, often across borders.

The 1951 Refugee Convention served as the basis for the Organisation of African Unity (OAU) Refugee Convention putting in place refugee jurisprudence and practice to develop in a predictable and asylum-friendly manner. In doing so, the OAU convention cemented in Africa the international refugee framework considered the most generous and flexible international agreement on refugee protection. Its most celebrated feature is the expanded refugee definition.

Here in South Africa, even before majority rule was achieved in 1994, the UN Refugee Agency had already established its presence in the country. Our first office in Johannesburg opened in 1991. It was the first UN office to be reopened in the country.

With the agency’s help, about 30,000 political exiles who fled apartheid rule were able to return home.

Nelson Mandela was closely involved with the agency, before and after he took office. When the agency first started negotiating with the apartheid minority government for the repatriation of South African refugees, Mandela personally gave his blessing for these negotiations to continue.

The UN Refugee Agency also helped South Africa to draft the 1998 Refugees Act, and with the voluntary repatriation of Mozambican refugees in the 1990s.

Today, it assists more than 250,000 refugees and asylum seekers in South Africa and about 1.1 million in southern Africa.

In Mozambique, the agency was instrumental in facilitating the return of 1.7 million people in the early 1990s, with the support of the international community.

To the north in the Democratic Republic of Congo (DRC), the impact of two successive wars between 1996 and 2003 sent shockwaves across half of Africa.

Millions of people were forced to flee to safety in neighbouring countries. Although a peace agreement was signed in 2002, violence has continued in many regions of the country, especially in the east.

Today, there are about 943,000 refugees and asylum seekers from the DRC hosted across the continent.

Despite these difficulties, the UN Refugee Agency has stayed and delivered, providing international protection and solutions including voluntary repatriation, local integration and resettlement.

To reduce dependency on humanitarian aid alone, the agency is promoting the inclusion of refugees in national systems. Through its partners, it is also strengthening self-reliance through education, skills training and support for livelihood opportunities for both refugee and host communities.

On 17 December 2018, the United Nations General Assembly affirmed the Global Compact on Refugees, a framework for more predictable and equitable responsibility sharing, recognising that a sustainable solution to refugee situations cannot be achieved without consistent international cooperation and support.

Today, 85% of the world’s refugees live in developing or the least developed countries. Patterns of displacement continue to evolve, driven by the interrelation of extreme poverty, the climate crisis and conflict. Lasting solutions are hard to find, making the work of the UN Refugee Agency even more pressing and complex.

No matter the challenges, the agency continues to champion the rights and potential of people forced to flee, making a difference to millions of lives, one refugee at a time. Behind everything we do to protect people forced to flee is the 1951 Refugee Convention, our backbone and our mandate. DM